Carrie and I want to say thank you very much to our latest supporting church, Redeeming Grace of Goodyear Arizona.  You are an incredible encouragement to us!

Our relationship with this church began in one of those "only God" kind of ways.  Five years ago the leaders at Franconia Baptist could see that I was struggling after a particularly difficult season at the church. Without asking they bought me a plane ticket and paid my registration (out of their own pockets) to go to the Shepherds Conferences at Grace Community Church in LA. Standing in line for a Haagen Daz bar (don't judge) I started a conversation with the brother in front of me, pastor John Filkey. 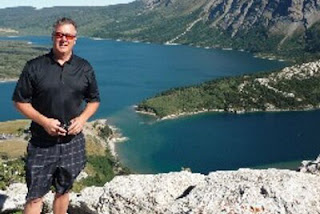 John was familiar with the work of 9 Marks at Capital Hill Baptist Church so we dreamed up the idea of having his church's elders and their families stay with us while they went to a 9 Marks weekender (worth attending BTW). Sometime later I got a call from John to tell me that they were interested in really doing it. The year after that I came to Phoenix for the SBC convention. John and Lorna graciously loaned me their PT Crusier. Over the years we've talked often for encouragement and advice.

So when I called John and told him that we were moving to Mexico it didn't surprise me at all when John said "come on out to Arizona, stay with Lorna and me, and get to know the family at Redeeming Grace." What a wonderful congregation! John and Justin took me out into the desert for an education in firearms (not something as common in Virginia). I met some of the most committed believers, faithful to God's word, and the advance of the Gospel.  Carrie and I are so excited to partner with Redeeming Grace and to be an extension of their ministry in Puebla, Mexico.  If you happen to be in the Phoenix area I highly recommend you check them out.


Posted by Aaron and Carrie Kraft at 6:52 AM